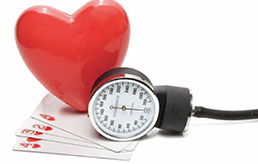 Results from the recent population study on gambling (Swelogs 2.0) were presented at a seminar in Stockholm on June 22. Data for the study were collected in the autumn of 2015. The results can be compared with those from the previous population study (Swelogs EP1), with data collection in 2008/2009.

The most surprising result from Swelogs 2.0 is, in my opinion, that participation in gambling has declined so much. Only 58% of Swedes have gambled in the past 12 months, which can be compared with 70% seven years ago. Regular gamblers have also become fewer, down from 44% to 27% gambling at least monthly. I had expected a decrease, but not this big. Presumably, there are nowadays so many other things to do than to gamble; hence those who are not particularly interested in gambling see no reason why they should gamble. Gone are the days when “everybody” played football pools and watched the Saturday bingo show on television – in 1997, 89% of Swedes had gambled in the past year. My perception is also that attitudes towards gambling has become more negative, partly as a result of the enormous and hence annoying amount of gambling advertising on television.

Compared to seven years ago, at risk and problem gambling (i.e. PGSI 3+) has decreased from 2,2% to 1,7%, which is a statistically significant reduction. This is what can be expected, as fewer Swedes are gambling and hence fewer are exposed to the potential risks of gambling. Severe gambling problems (PGSI 8+) remain at about the same level: 0,3% seven years ago and 0,4% today (the difference is not statistically significant). This is in line with statistics from the Swedish helpline for problem gamblers, which show that the number of calls from problem gamblers is about the same today as seven years ago. The decrease in at risk and problem gambling is especially big among people below 24 years of age.

Problem gambling is most common among those who regularly play slot machines, casino games, poker and bingo – either in physical venues or via the internet. This is largely in line with helpline statistics, which show that more than half of callers have problems with online casino games. Bingo is the only form of gambling that has more participants today than seven years ago. This is evidently the result of the availability of online bingo, as bingo parlors have hard times today in Sweden with dwindling number of visitors.

It might be noted that in the past seven years, the percentage of disposable income lost on gambling has remained about the same (ca. 1.2%). However, this figure pertains to the average of all Swedes – gamblers and non-gamblers alike. The percentage of disposable income lost among those who gamble has increased because the proportion of gamblers in the population has decreased. This is presumable a partial explanation to why severe gambling problems are as common today as seven years ago. Problem gambling seems to concentrate at the severe end of the spectrum from transient and marginal harm to sustained and substantial harm. Further analyses of the Swelogs 2.0 data may tell more about this phenomenon. It may be that the online casino games make gamblers progress into serious problems faster than most other forms of gambling. Thus, if online casinos were not as accessible and heavily promoted as today, and if the responsible gambling features were more effective, we might have seen a reduction also of severe problem gambling.

There are many other interesting results in Swelogs 2.0 Those who speak Swedish can read more here and listen to a 45 minute presentation here. Reports in Swedish and English will be published in a while.

The Swelogs population studies on gambling and problem gambling are carried out by the Public Health Agency of Sweden; data collection is made by Statistics Sweden.