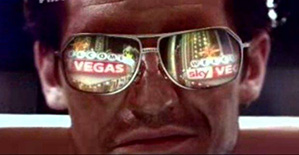 Ulla Romild (at the Public Health Agency) and I have written an article about gambling advertising, which recently has been published in the Journal of Gambling Studies. The article presents analyses of data from the Swelogs follow-up population study in 2014. As far as we know, this is the first quantitative study showing that one of the negative impacts of gambling advertising is that it is detrimental to the efforts of some problem and at-risk gamblers to control and cut down on their gambling. Advertising worsens these gamblers problems by giving them impulses to gamble.