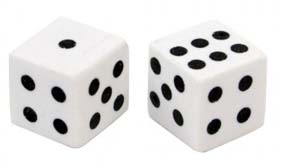 A question to the readers: does anybody know anything about the use of dice games in old criminal law?

The reason why I ask this question is that I am writing a paper on the Swedish judicial use of dice games in the 17th-19th centuries. The focus is on cases of manslaughter when there were several assaulters and it could not be determined by the court which of them that had caused the death of the victim. In such cases, the perpetrators were forced to play a dice game and the one who lost was executed while the other received lesser penalties. Officially this was considered to be a lottery of granting pardon (one life taken, only one life should be atoned) but some believed that God guided the dice so that the actual killer got the death penalty he or she deserved.

In the international literature, I have found only two works that mention similar practices:

I know that quite a lot has been written about “decimation” in military law, but that is only of peripheral interest to me.

Dear readers, I would be very grateful for references to literature about the use in older times of dice games in criminal law, similar to that in Sweden. You can write a comment to this post or write an e-mail to me (see the “Contact”-page on this site).

UPDATE
My article on dice games in old criminal law has been published:
– Binde, P. (2014). Games of life and death: The judicial uses of dice in eighteenth and nineteenth-century Sweden. UNLV Gaming Research & Review Journal, 18(1), 1-23.