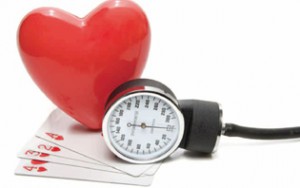 The follow-up shows that during the year since the first study, there were no measurable changes in the extent of gambling problems among the population. Approximately 2 percent of Swedes are “problematic gamblers”, which means that they have a gambling problem or are at risk (PGSI 3+). However, three-quarters of the “problematic gamblers” had during the year been replaced with new ones. This shows that problem gambling and risky gambling often are temporary rather than chronic conditions.

The study furthermore shows that the percentage of new problem gamblers in the age group 45-64 years was greater among women than among men. This indicates of a new complex of problems in that age group.

The study ranked the riskiness of various categories of games according to a modified risk assessment instrument: low, medium and high risk of creating a gambling problem. A correlation was found between participation in high-risk forms of gambling – slots, internet poker and casino games – and a year later have become a problem gambler. This shows that the risk assessment instrument has the ability to identify the types of games that have a potential to create problems.

The two studies are part of SWELOGS – Swedish Longitudinal Gambling Studies. Since the inception of the study, I have been member of the international advisory board.

There is much more to read in the report, which is available here: Spel om pengar och spelproblem i Sverige 2009/2010: Resultat från Swelogs ettårsuppföljning (in Swedish with an English summary).